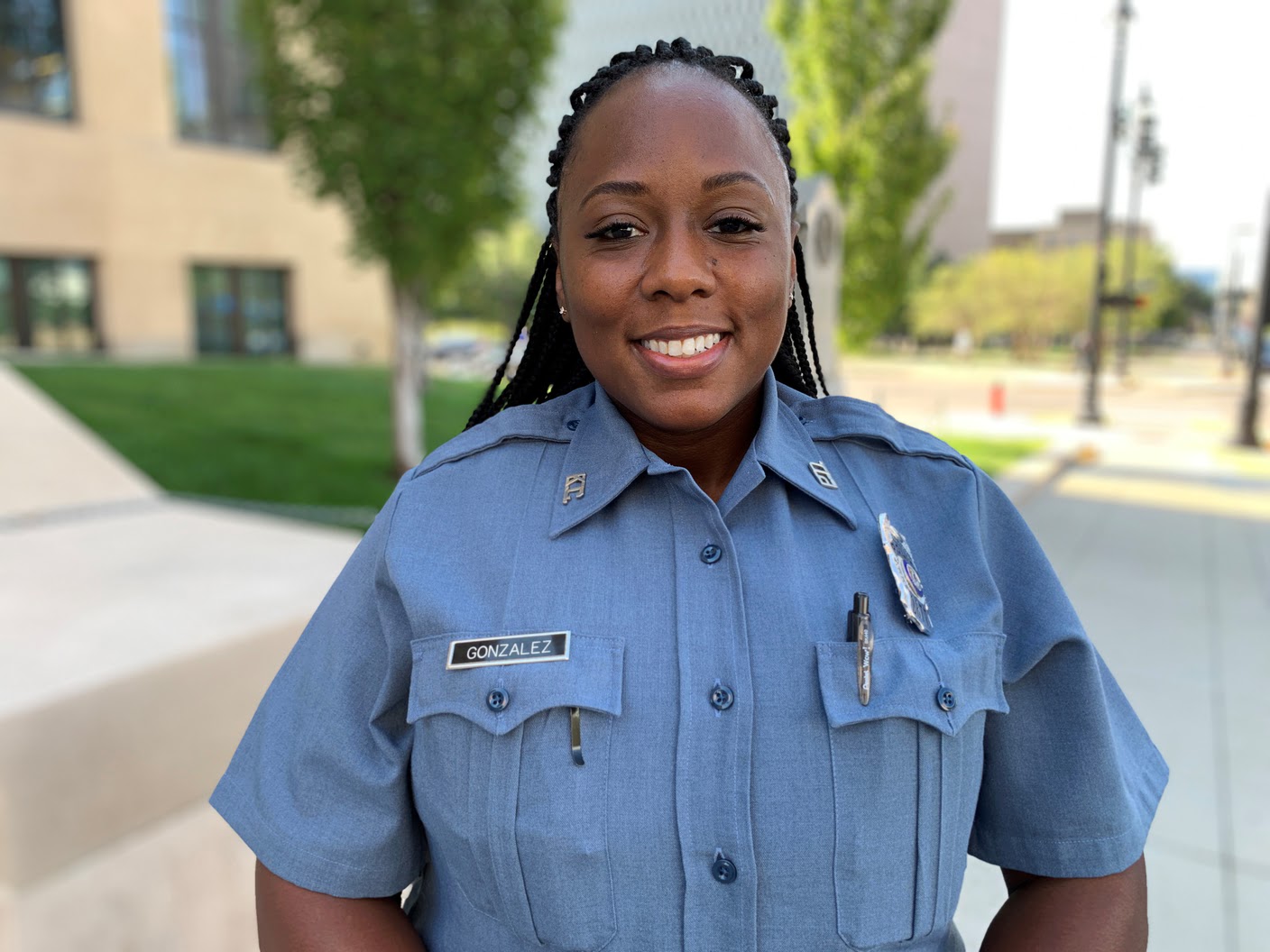 The first night out of the police academy was supposed to be an orientation.

“A woman’s ex came over and he vomited in his hand,” Gonzalez recalled. “He slapped her with it. I used the tools from the academy and jumped right in.”

Gonzalez is now five months into the career she’s longed for. It’s the one where she can be a difference maker. The Chicago native was working as a store manager at AutoZone when she finally decided to chase her dream.

“Being in retail is a small world,” Gonzalez pointed out. “In law enforcement, you can impact so many different lives. You can change someone’s future. I had to do it because it was bigger than me.”

Since graduating from the police academy in March, Gonzalez has voluntarily undertaken additional Crisis Intervention Training (CIT) and domestic violence training. She sees the need to understand residents with mental health issues, as well as those suffering from abuse. Gonzalez hopes residents see her as an ally.

“I was helping a woman in the middle of the night whose ex had stolen her vehicle,” Gonzalez explained. “We were with the vehicle, but she’d have to wait hours for her tow truck. Instead, I ordered a tow and stayed with her throughout. Two days later, the woman sent Crumbl Cookies to the station with a note reading:

I can’t believe you stayed with me. I thought you would have left me there. This man could have come out and attacked me. You don’t know how much you changed my perception of police.

“That’s why I joined and that’s why I’m here,” Gonzalez said of the note.

Gonzalez had her choice of police departments to work for, but she preferred what KCPD offered. She felt that the high number of specialized units would provide her with a breadth of experience.

One day, she would like to be one of KCPD’s Community Interaction Officers (CIOs) and later an FTO. For now, she’s happy. Her KCPD career is allowing her to help people and learn.

“The department gives you so many tools to use out in the field, I feel prepared,” Gonzalez said. “Each person you talk to on each call, they need help. It is amazing being out there and learning. I love what I do. If you’re thinking of joining, you should and we need more women!”