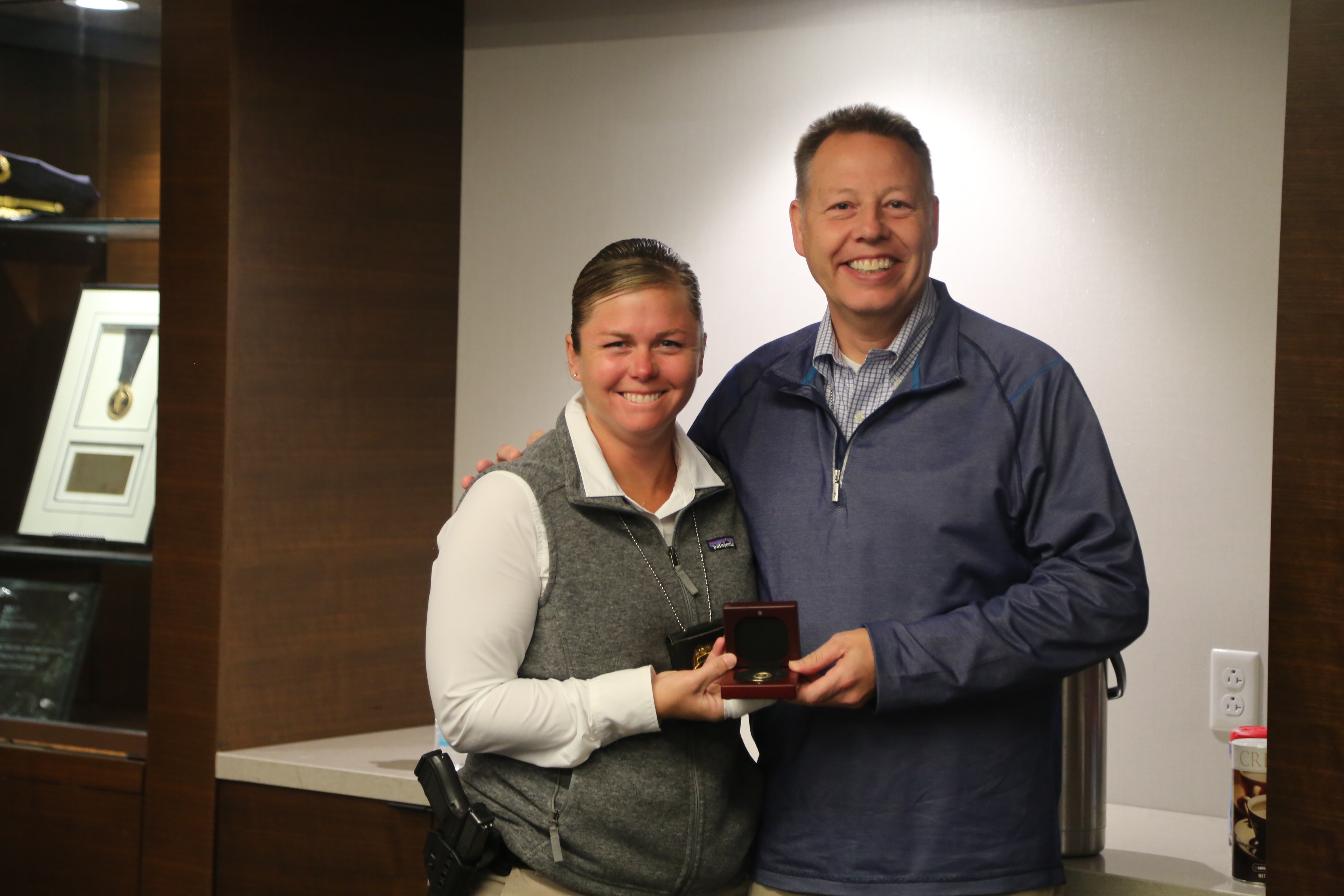 KCPD Sgt. Bobbie King received the Chief’s Coin this week to recognize her capture of a murder suspect who was actively on a crime spree across state lines.

King, an officer with the Kansas City Police Department for 11 years, was working off-duty at Alta Vista High School on Wednesday afternoon, October 27, when there was a report of a suspicious party in the parking lot.

King investigated and discovered Alyssa Arreola sitting in the passenger seat of a Honda CRV. “I knew the person that owned that vehicle, and it wasn’t her,” King said. “So I knew something was about to happen, but I didn’t know what.”

Upon contact, Arreola ran toward the BP gas station located at 1500 Paseo Blvd. King chased after and found Arreola in the gas station back office.

King attempted to take Arreola into custody, and a struggle ensued. During the struggle, Arreola bit King’s right index finger causing nerve damage and multiple punctures. With the help of a Good Samaritan, King was able to get Arreola into handcuffs.

“She bit my wrist first, then my finger,” King stated. “She tried to take off running again while still biting my finger, and he (the Good Samaritan) blocked the way so she couldn’t get out.”

At the time King chased and captured Arreola, she did not know that Arreola was suspected of various violent crimes earlier in the day, including murder.

“I’m thankful no one else was injured,” King said. “I’m glad I encountered her, and no one else did.”

We commend Sgt. King for her brave service to Kansas City.

The Chief’s Coin recognizes exemplary efforts and is a tradition continued by Chief Rick Smith when he became Chief in 2017.