Officer honored for helping catch homicide suspect while off duty 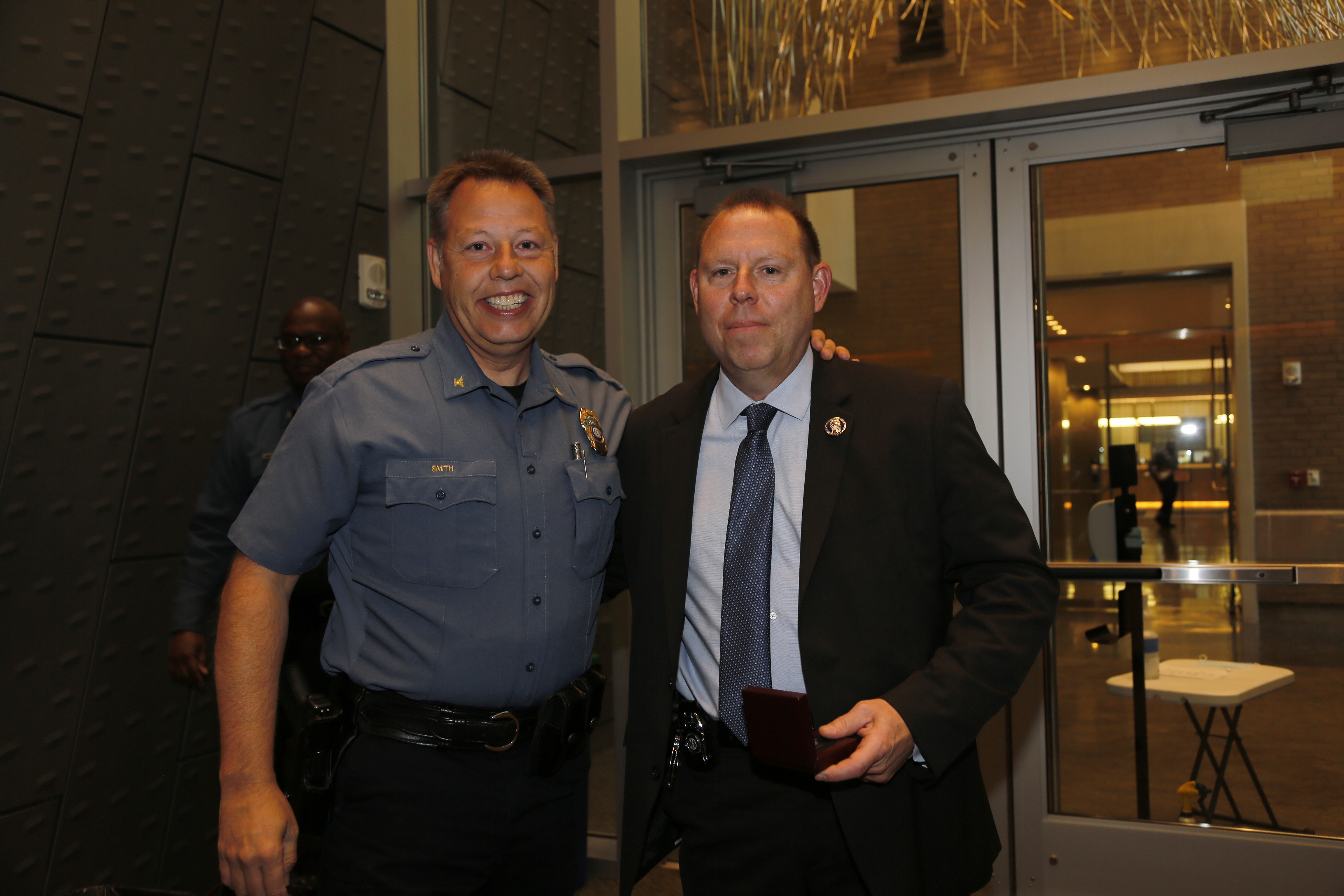 Chief Rick Smith honored a Kansas City Police officer who helped catch a homicide suspect on his time off on Oct. 19.

Officer Kevin Eifert was off duty and in his personal car about 11 a.m. near the McDonald’s at 11001 Hickman Mills Dr. when he heard gunshots and a vehicle fleeing the area at a high rate of speed. He attempted to follow the vehicle but could not keep up. He last saw it northbound on Grandview Road. He called the South Patrol dispatcher to ask if a shooting had been reported and relayed the information about the fleeing vehicle, what it looked like and where it was going.

Fugitive Apprehension Unit officers were nearby on another assignment and heard about the vehicle on the radio. They went to the area of 85th and Prospect, where they saw the vehicle stuck behind a passing train. When the suspect saw the officers, he reversed and crashed just south of the tracks. Police got him into custody a short time later.

They later learned the suspect, Kenny Moore, had shot and killed 35-year-old Rickey Arrington inside a vehicle in the McDonald’s parking lot. Moore’s shots struck multiple other vehicles, including a U.S. Mail truck. The shooting was captured on video.

Thanks to Officer Eifert, who is normally assigned to provide mayoral security, Moore was quickly apprehended and has been charged with second-degree murder. Chief Smith surprised Officer Eifert with a Chief’s coin in front of other department commanders and Mayor Quinton Lucas on Nov. 4.