Officer’s Westside Roots Anchor A Career Of Giving Back 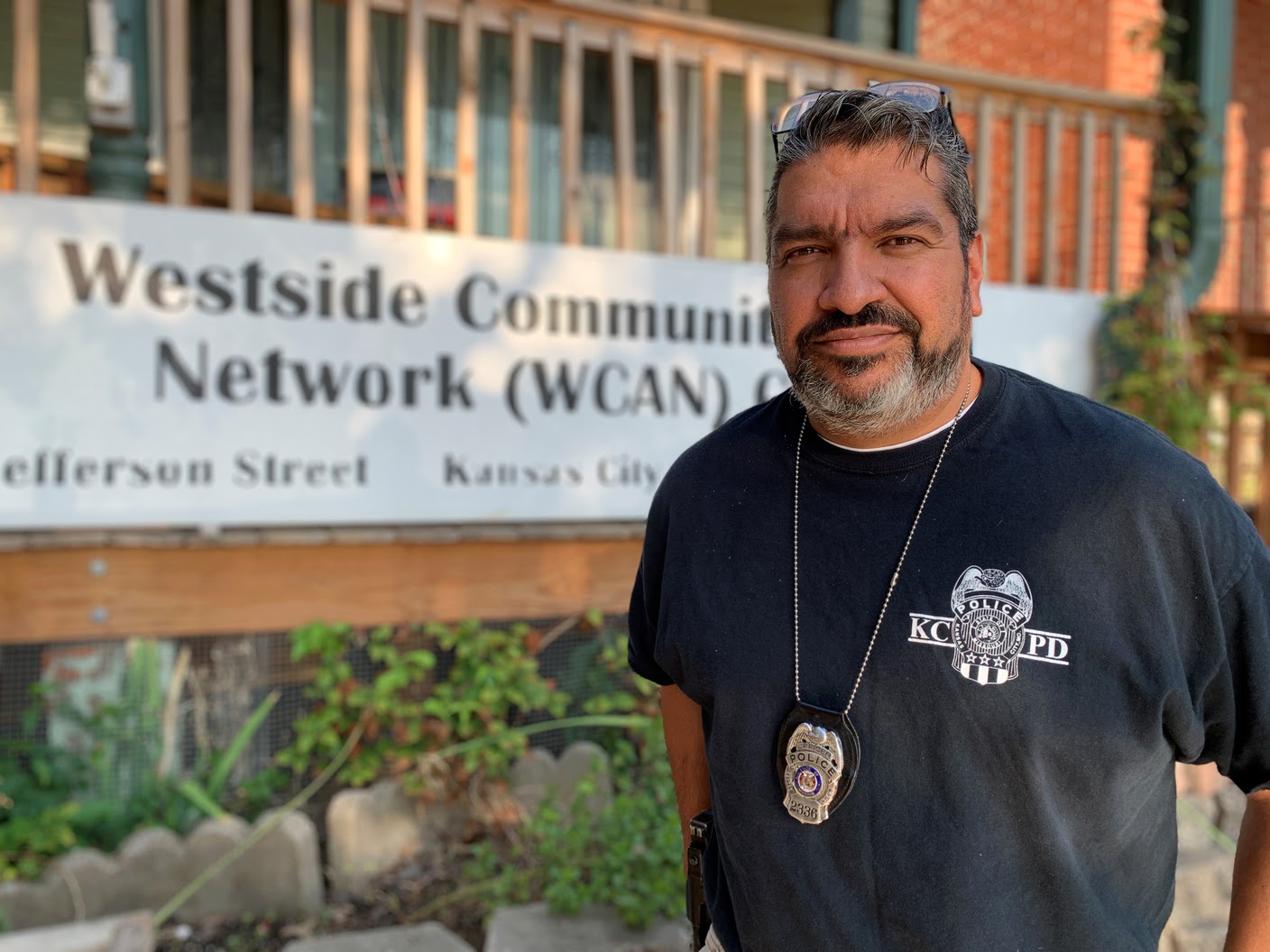 Playing baseball and being a Boy Scout fits the ideal of a perfect childhood, but drugs and gang culture lurked nearby for Octavio “Chato” Villalobos.

Villalobos grew up in Kansas City’s Westside in the '80s, mainly near 21st and Summit Streets, when his best friend died in a drive-by shooting. At 15, Villalobos was on the edge of despair.

“We did all the right things,” Villalobos recalled. “I wanted to drop out of school, but there was an officer who watched us play baseball, and he took the time to talk us out of retaliating because that’s where our mindset was.”

That officer and others, along with World War II and Korean War veterans in the neighborhood, influenced Villalobos. He joined the Army and after eight years of service, intended to be a high school teacher because he wanted to make a difference. The high dropout rate for Latinos bothered him.

A friend convinced him to become a police officer, and Villalobos said it was the best thing he ever did.

At KCPD for 22 years, Villalobos has worked in patrol, the Fraud Unit, and the Violent Crimes Division. But for the last 16 years, he’s been assigned to the Westside Community Action Network, a.k.a. the Westside CAN Center.

The nonprofit, near Pennway and Jefferson Streets, helps neighbors with housing and education issues, serves as a community resource, and focuses on youth activities. Villalobos and his partner act as an extension of the CAN Center. Time and again, Villalobos has befriended community members, helped residents in crisis, assisted with job placement, and so on.

The trust he has built is real. One time, Villalobos was investigating a potential crime when the suspect threw a punch at him, beginning a tussle. In the midst of it, Villalobos’ gun fell out of its holster, but he was unaware. It was the suspect’s friends who were yelling at Villalobos, alerting him to the fallen gun and warning him. After finally arresting the suspect, Villalobos spoke with the friends.

“How do you know me?” Villalobos asked the friends. ‘You used to help my mom out when we were kids,’ they replied. “I was at the mercy of how I treated people in the past.”

Villalobos has bought shoes for teenagers applying for jobs, taken residents to the library to work on resumes, and become a fixture on the Westside. This is the “serve” in serve and protect. He and other Hispanic officers joined KCPD to help all communities, though he recognizes the influence he has being of Mexican descent.

“When we go out to Latino communities, we see how it affects them,” Villalobos explained. “When I spoke Spanish in the Northeast (Kansas City), the people saw an opportunity to get service here. There was no language barrier. They thought, ‘We have someone who looks like us and talks like us.’ I didn’t realize how much it meant to them.”

Villalobos and the presence of other Hispanic officers are purposeful. He says KCPD’s recruiting is intentional, hiring people from the community while offering bilingual bonus pay. Other programs have also contributed to the department’s goal of better serving a diverse population.

“We have a history of initiatives that we keep working to make sure that all people of all demographics, immigrant or non-immigrant, regardless of where they’re from, have the right to be served and protected by this department.”