Officer to be presented with KCPD’s highest honor 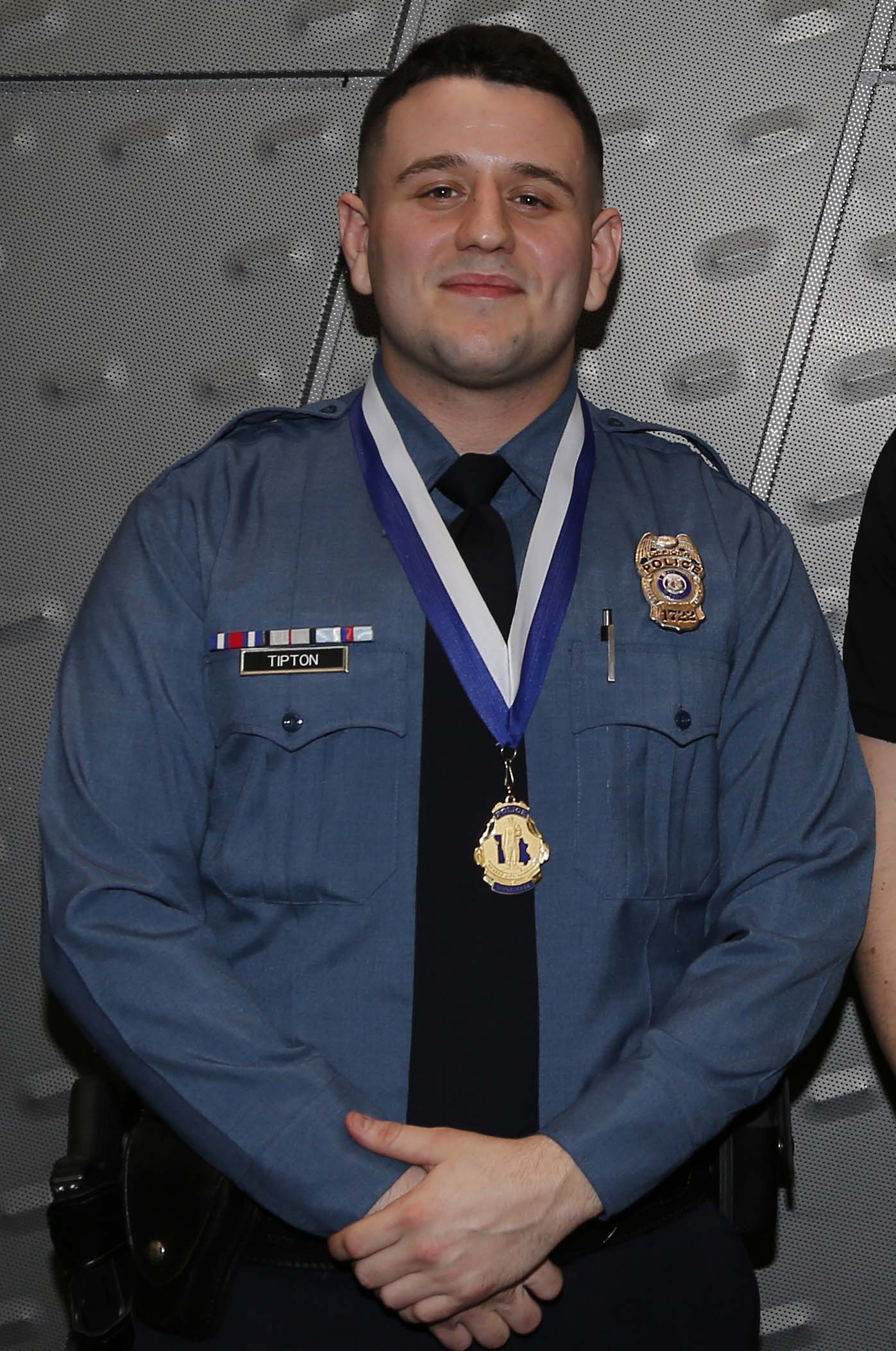 Chief Richard Smith will present an officer who ran into a gun battle by himself while off-duty with the Medal of Valor Tuesday morning.

The presentation will take place at 9:30 a.m. March 19 at the Board of Police Commissioners meeting, which will be in the community room of Police Headquarters, 1125 Locust St.

Officer Jared Tipton was at home and off duty when he heard gunshots outside at about 6 p.m. June 9, 2018. The gunshots sounded as though they came from a populated area where a large church and gas station are located. He grabbed his gun and badge and ran out of his apartment. As he did so, he heard more gunshots. With no regard for his own safety, he ran toward the sound of shots because he was afraid it was an active shooter.

He encountered two vehicles whose drivers had been shooting at each other in a busy gas station parking lot in south Kansas City. One of their shots struck a 4-year-old boy who was in his house. Another hit a vehicle with a 5-year-old inside. After checking for victims, Officer Tipton single-handedly pursued and took one of the shooters into custody.

The 4-year-old boy was struck in the arm and received minor injuries. No one else was hurt. The suspect is in jail awaiting trial on multiple charges.