Officers apprehend shooting suspects who got stuck in snow 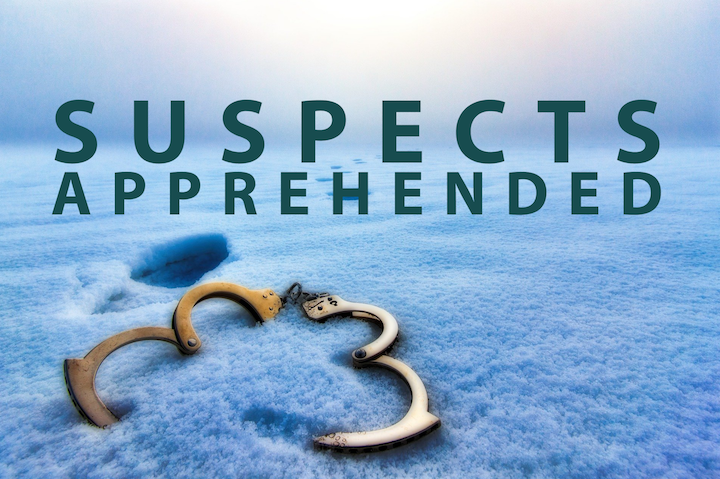 Nasty weather and being in the right place at the right time helped KCPD officers arrest shooting and robbery suspects immediately after the crime.

Officers at 27th and Van Brunt heard a gunshot at 2:47 a.m. Tues., Feb. 16. Immediately afterward, they heard someone screaming for help. They followed the sounds of screaming and found a man running north on Van Brunt in great distress. He said he had just been shot at and pointed to a dark gray car driving away. It was the only car around. The officers called for additional police to meet with the victim, and they followed the gray car.

Upon meeting with the additional officers, the victim realized he’d been shot in the right calf. He said a woman and man had pulled up to him and asked for directions, then they pointed a gun at him and took his backpack. The victim said he threw his backpack down and ran away. As he ran, he said the suspects shot him.

Police tried to pull the suspect vehicle over as it traveled south on Van Brunt. The driver tried to turn westbound onto Raytown Road approaching Interstate 70, but their car got stuck in the snow. The officers were able to safely take the man and woman into custody. The victim’s backpack was in the car. A 2-year-old was in the back seat. Police were able to arrange for family members to come pick up the child.

The suspects, 18-year-old Nova Warren and 22-year-old Mercury Davis, have both been charged with first-degree robbery and armed criminal action.