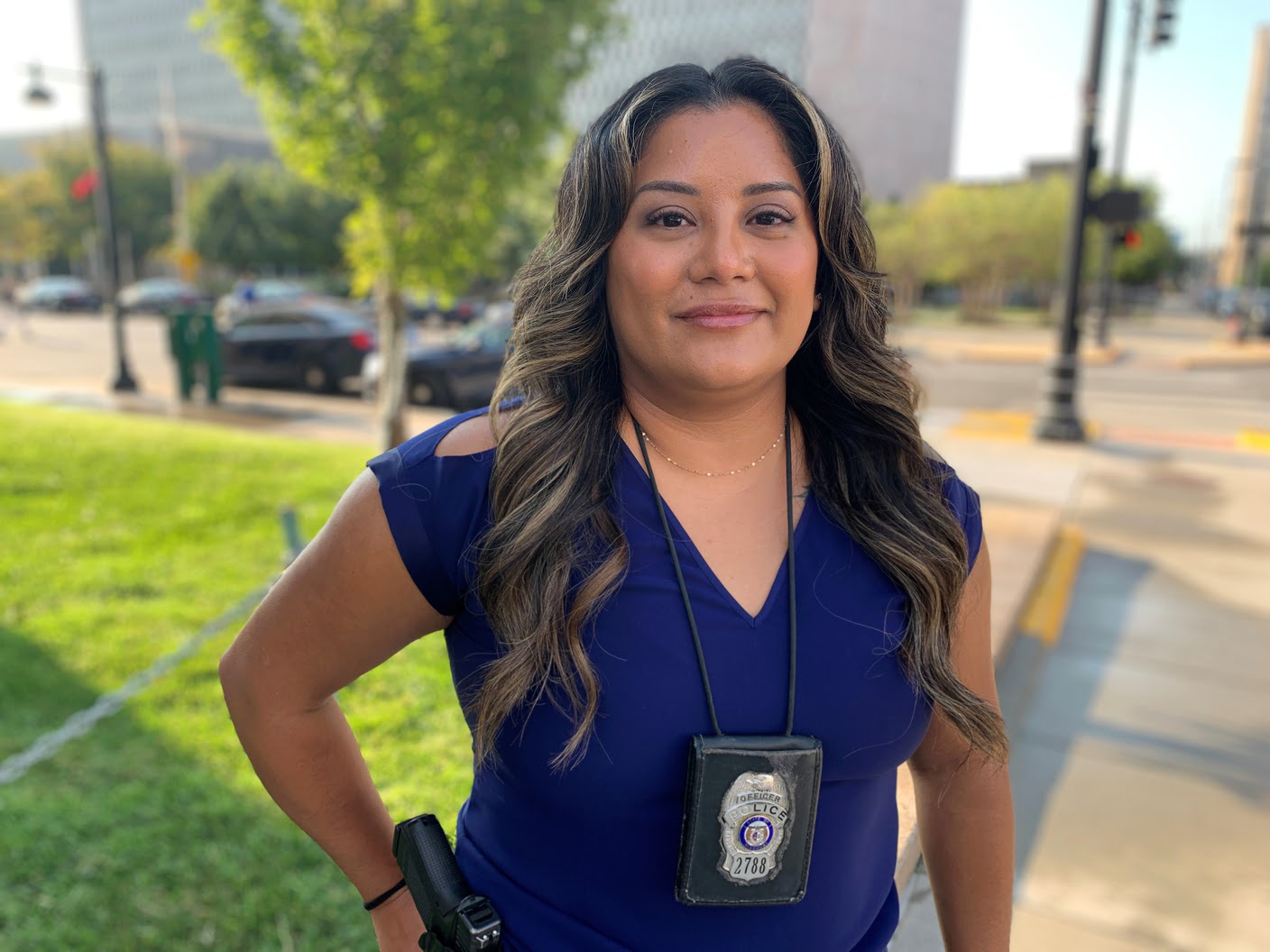 Growing up in Los Angeles, people assumed Belkis Cisneros was of Mexican heritage and bilingual.

“I speak Mexican, I speak Nicaraguan, and I speak English,” Belkis Cisneros joked. “They are different dialects. I enjoy it.”

Born in Nicaragua and raised in L.A., Cisneros spoke Spanish at home with her mother. It was there where Cisneros also witnessed domestic violence, and the idea to join law enforcement was born.

“You see an officer come in and stop it,” Cisneros recalled. “When you know your mom’s okay, as a kid, you have that sense of relief. I wanted to do that for another kid, which is why I wanted to be a police officer and work cases that involved children.”

Many years ago, Cisneros’ two brothers moved to Kansas City and became officers at KCPD (one brother remains as a detective). Cisneros followed, and now in her 9th year, she is a detective in the Juvenile Section, investigating crimes against children. These detectives work on custody issues and investigate parental kidnappings and all forms of abuse against children.

“These kids do not choose to be in those situations,” Cisneros explained. “They don’t choose to be the son or daughter of an abuser. I can be the voice for that child, and there are things I can do to protect that child.”

A few times in her career, Cisneros has been at a crime scene with a dead child. Those images haunt her. To support kids and lead by example is her motivation.

“I can speak to them and help them know that they went through a traumatizing experience, but they can get through it,” Cisneros said. “They have the power to change the way their life is going to be.”

In 2018, Cisneros joined KCPD’s hostage negotiator team. Admittedly, she’s a nervous public speaker, but she wanted to challenge herself while helping people. The people she talks to – listens to, more accurately – are desperate. Cisneros and her team bring peaceful endings through de-escalation.

“People just want to be heard,” Cisneros said. “They are in a crisis, and at the peak of their stress level, they need someone to listen.”

Satisfied in the Juvenile Section, Cisneros is in line for a possible promotion to sergeant. It’s a responsibility she would gladly accept because she wants to serve as a role model for other Hispanic females in and out of the department.

“I want to set a good example to motivate them to let them know anything’s possible.”