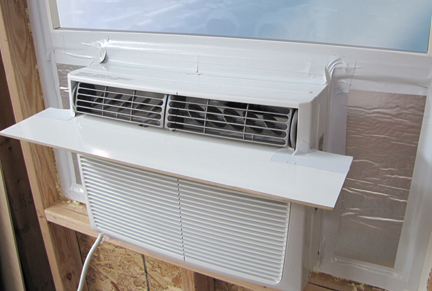 Two elderly residents and their pets are safe from dangerous heat thanks to Kansas City Police officers and a generous local company.

Police came into contact with an elderly woman in the 2700 block of Denver Avenue on Saturday, June 29. The woman told a sergeant that their central air conditioning was not working. Due to the heat, her pet rabbit had died overnight. She was afraid her ferret would succumb, too. There were also two senior dogs at the house. The woman’s roommate, an elderly man, had lent his car to someone who was supposed to bring it back a week ago. It was the pair’s only transportation, so they could not leave their house to get somewhere cooler. When police first contacted them, it was 94 degrees with a heat index of 103.

The sergeant bought a window air-conditioning unit for the roommates. Another sergeant, who is known to be a handyman, installed and secured it and made sure the residents knew how to operate it. Police also contacted the retired KCPD sergeant who owns R-Mech Heating, Cooling and Plumbing. R-Mech technicians did a free service call to check why the central air wasn’t working. Then on Sunday night, R-Mech arranged for an electrician to come who did nearly $500 worth of free electrical work to get the central air going again.

The sergeant who installed the unit also ensured officers took a report on the man’s missing vehicle, and police are searching for it. The East Patrol Division social service worker also is assisting the roommates.