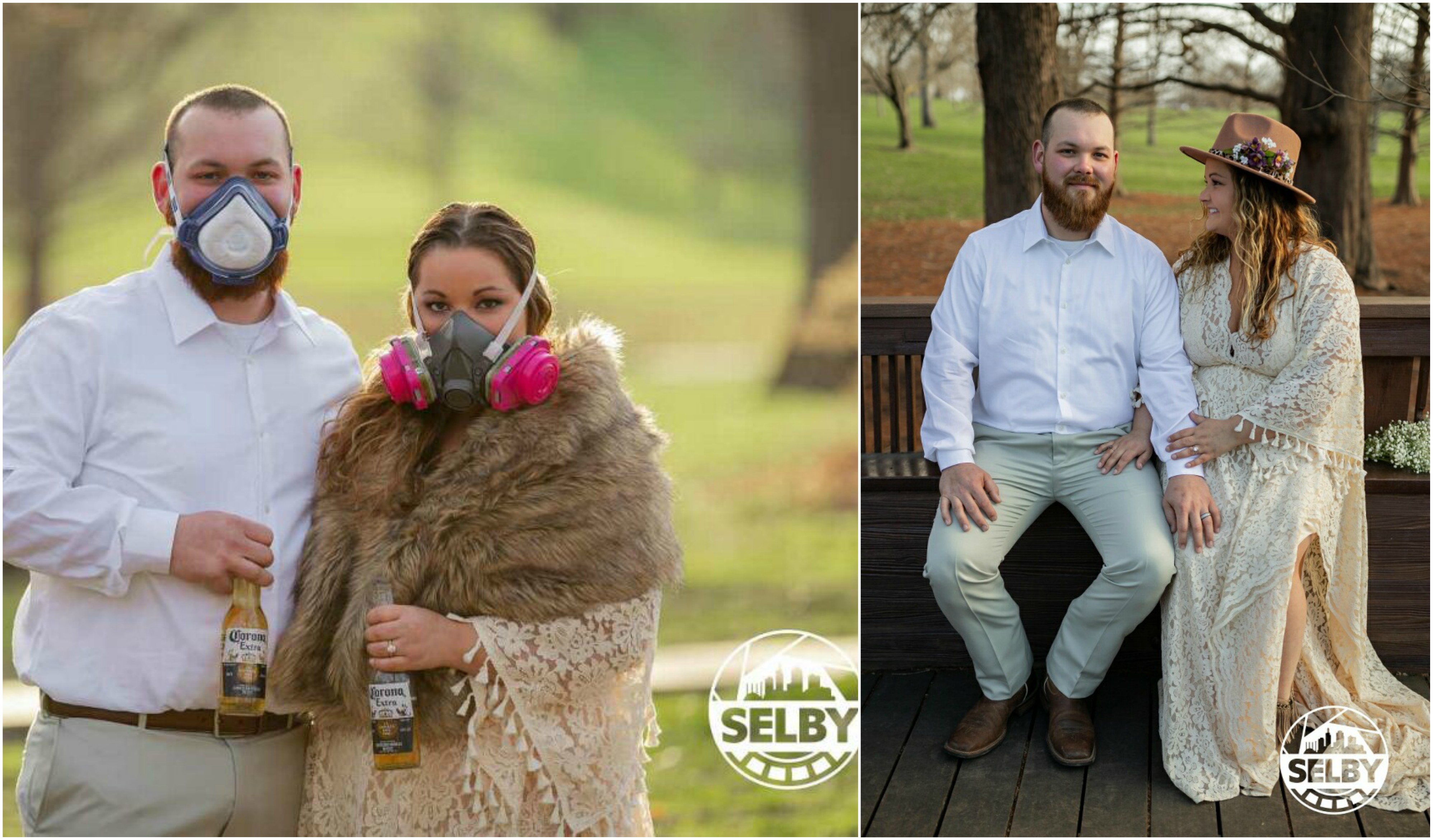 Police saved the day for a couple who were forced to move their wedding up before the stay-at-home order went into place.

The victim had her wedding dress delivered to her Northland home March 19 so she and her fiancé could marry the next day. But a woman stole the package off the bride-to-be’s porch. The victim called police and showed officers footage from her security camera. The officers drove around the area looking for the suspects and their vehicle shown on the security video. They spotted the car in the parking lot of a shopping center in the 5500 block of Chouteau.

The officers could see the stolen package in the car had been opened, and the victim’s wedding dress was visible. With the help of store employees, they were able to find the three women who had were in the suspect vehicle, one of whom had snatched the package off the porch. Police arrested the women, all of whom had warrants and were convicted felons. Officers found meth, drug paraphernalia and a gun in their car.

They immediately returned the wedding dress to the victim. She and her fiancé were married the next day on March 20 and sent the officers who helped them pictures from their (very) small wedding.