Police Memorial Service set for May 13 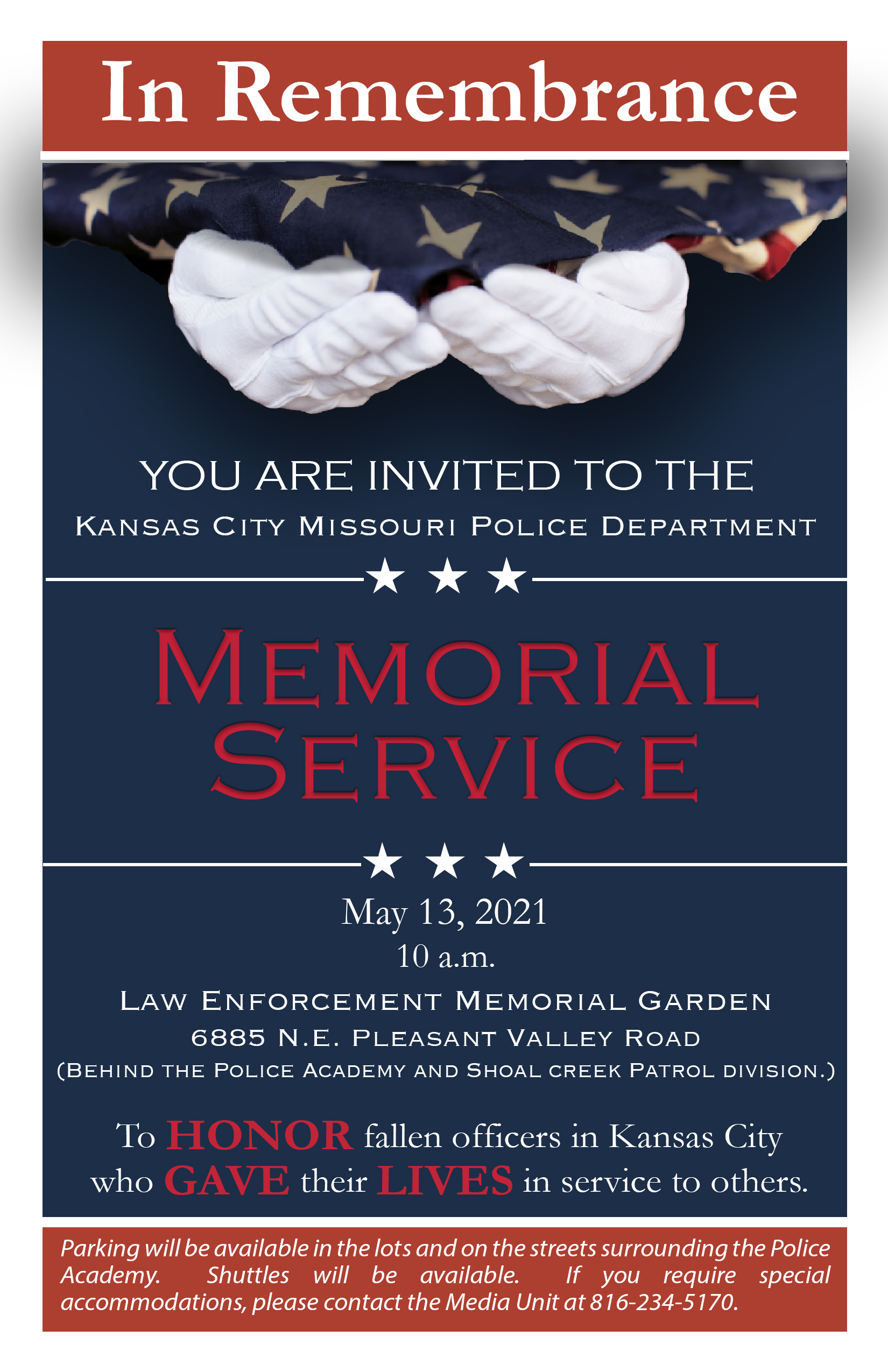 The Kansas City Missouri Police Department will honor its 119 officers killed in the line of duty throughout the department’s history with a Memorial Service beginning at 10 a.m. Thursday, May 13, at a new location.

The ceremony will include an honor guard, a 21-gun salute, the KCPD Color Guard, bagpipers and a flyover by the police helicopter. Tracy Meyers-Keeling, daughter of fallen KCPD Officer Thomas R. Meyers, will speak about her father’s loss. Several other surviving family members of fallen officers will be in attendance.

Officer Malcolm Whitelaw will read the names of all 119 KCPD officers killed in the line of duty – the first in 1881 and the last in 2001. There will be 119 flags on display at the ceremony representing each one of these officers. For 119 hours preceding the service, dispatchers have read one officer’s name per hour over the police radio system. The last officer’s name, Craig Schultz, will be read immediately before the ceremony begins Thursday.

In the event of rain, the ceremony will take place inside the auditorium of the Kansas City Regional Police Academy, 6885 N.E. Pleasant Valley Rd.

The public is invited to attend.