Rookie Officer Drawn To Serving Others 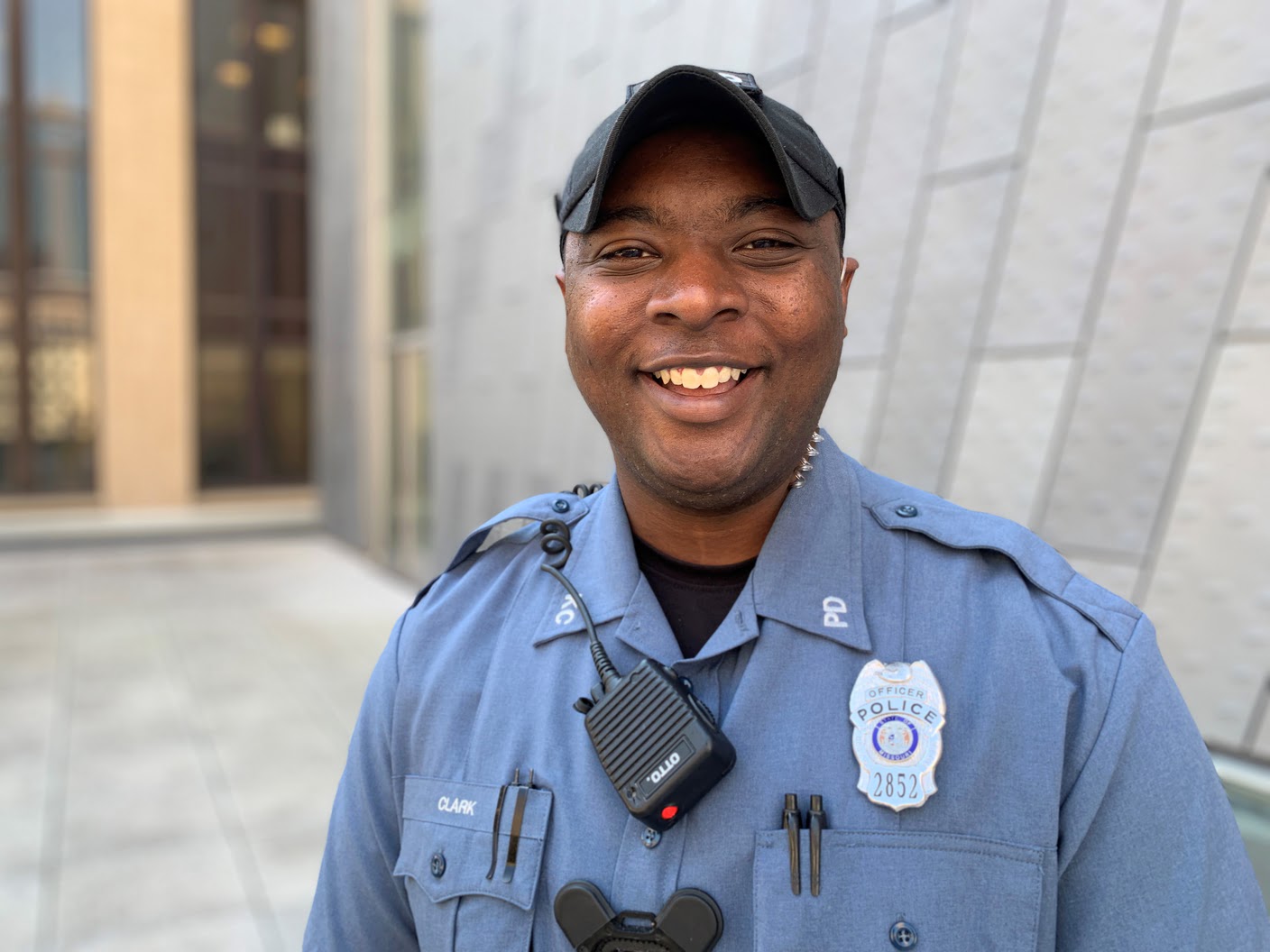 Growing up in Meridian, Miss., a small town 20 miles west of the Alabama border, D’Entree Clark would watch TV, inspired to police.

“CSI,” “NCIS,” and “Walker Texas Ranger” were his favorites. Specifically, Clark wanted to be the next Jimmy Trivette, Walker’s partner.

Though at the heart of the matter, wanting to serve was easy for Clark. His father retired from the Navy, while many aunts, uncles, and grandparents also served in the military. Clark joined the Army to become a military officer before turning 21.

Now at KCPD, the rookie officer makes it a point to meet as many people as possible.

“I get to shake a lot of hands and hug a lot of people,” Clark said. “Some people that didn’t like me at first, I tried to make friends out of them at the end. And if not friends, maybe they don’t hate me.”

It’s a friendly approach Clark embraces. An empathetic one too. The former high school volunteer firefighter and lifeguard operates with a wide perspective.

“I like to think I have a high threshold for everything,” Clark explained. “It’s genuinely because I try to put myself in everyone’s shoes when I get to places. How can I help them channel this energy into something positive?”

Clark followed his heart to Kansas City. While stationed at Fort Riley in Kansas, he met a Kansas City woman who is also an employee at KCPD. Her father (his future father-in-law) is a retired KCPD officer. Once again, service is a family affair for Clark.

Since arriving at KCPD (he was a Detention Facility Officer for six months waiting for the academy to open), Clark says he’s received overwhelming support. It’s an encouragement he’s eager to pay back to anyone interested in joining KCPD.

“I don’t know how much I can help, but if there’s anything at all, we want you,” Clark said. “We’re cheering for you. No one wants to see you lose. It’s not a weed you out type of thing. It’s a how can we help you be successful?”