Serving Victims At The Scene Of A Crime 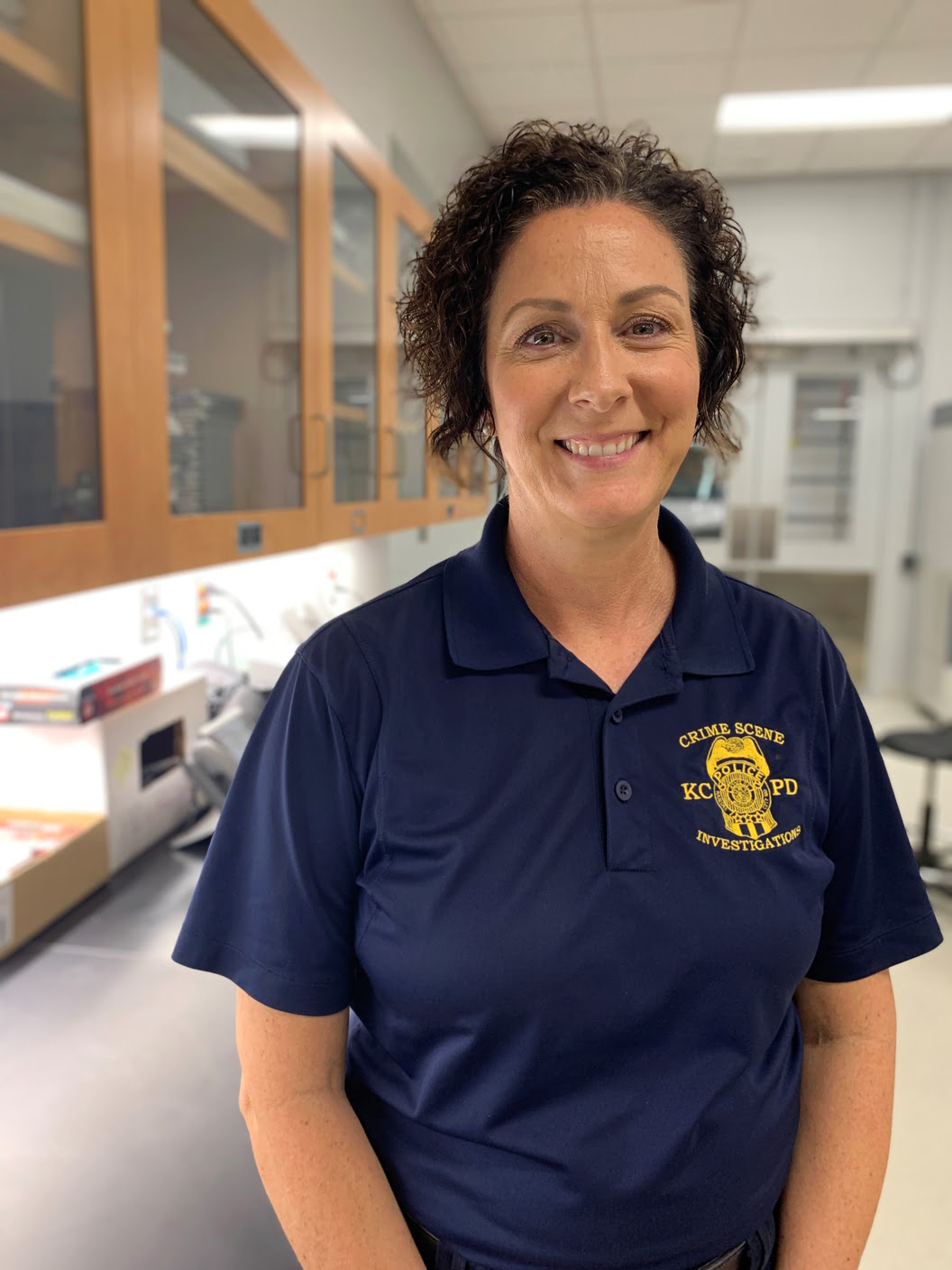 A week after Lori Keller started her new career processing crime scenes, a man killed multiple people inside his home. Keller didn’t work the case, but she saw the follow-up and the photos and wondered briefly, if she’d made the right choice.

That was 1999. Keller, who had been a probation officer, joined KCPD after her husband (a now-retired KCPD officer) encouraged her to become a crime scene technician. She went on a ride-along to scope things out, and that night, she and an officer responded to a fatal overdose. The family of the victim was there too.

“That was pretty eye-opening for me, as a civilian, never being involved in anything like that,” Keller recalled. “The family was there and upset, so I saw the different sides to what happened.”

Today, Keller is one of the Crime Scene Unit’s supervisors, responsible for three technicians and two inventory specialists who collect sexual assault kits and evidence from hospitals and the morgue.

They deal with the most violent crimes, processing scenes with sketches, photography, 3D scanners, and extensive note writing and documentation. That could entail, for example, fingerprint and DNA searches off of bottles, cans, and cups. They search for anything that a suspect could have left at the scene.

Back at the lab, there are many more hours needed to preserve evidence in its best condition.

“There is a way we package things so they don’t mold,” Keller said. “We have to dry everything that could be wet or bloody. We have drying cabinets, drying rooms. All of that is dried prior to packaging.”

Keller recognizes that her work could have a long-lasting impact on the people affected by the crime. It’s a responsibility she embraces by focusing not on the gore that may be at a scene, but the task at hand to help find justice.

In addition to needing concentration skills, Keller and the team must be flexible. Crime could take place at any time on any day.

“Our day is never guaranteed,” Keller said. “We never know if we’ll get off on time or eat lunch. We’re at the whim of whatever happens.”

For anyone interested in working as a crime scene technician, Keller suggests reaching out to the crime lab near you and asking questions. Ask for a tour or an appointment. Get a science degree, she says. That’s a requirement.

Learn more about our crime lab.