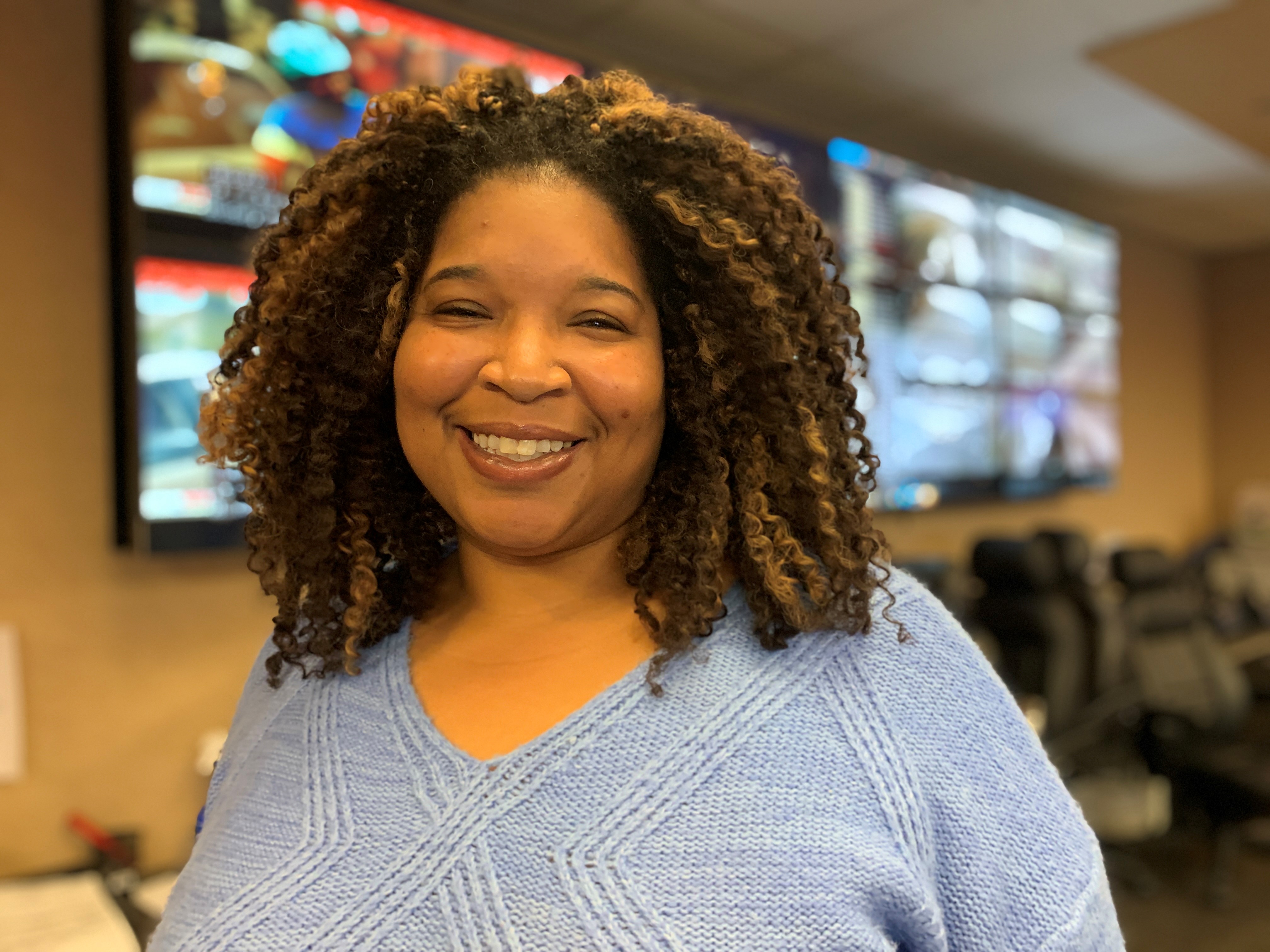 The man was shot by his friend, and he was now on the phone struggling to give Tamara Bazzle information.

They were talking, until they weren’t. The man died with Bazzle on the line.

“I felt that in the moment, I should not have been the last person he spoke with,” Bazzle recalls. “I still remember the name of his friend he told me shot him.”

Bazzle started as a call taker for KCPD in April of 2002. She was 20, and a friend who worked in the Crime Scene Unit suggested she apply. Quickly, Bazzle moved up to dispatcher.

“It was eye-opening,” Bazzle says. “I had no idea this would be my track, but I rolled the dice and gave it a try.”

It’s worked out. Bazzle was a dispatcher for almost six years before becoming a shift supervisor. She’s now been the Training Supervisor almost three years.

In her role, Bazzle oversees much of the hiring process and supervises the training of new call takers, dispatchers, and even tenured employees.

That service to others is something Bazzle values working in the Communications Unit. Though, the service isn’t only to residents. Dispatchers are responsible for serving and assisting officers, especially at critical times.

“You’re responsible for getting help to that officer and handling it the right way,” she says.

KCPD needs call takers. There are currently 19 openings which is a stark difference from a couple of years ago. If you’re interested in joining the department, Bazzle says to take a leap of faith like she did.

“Give it a try,” Bazzle smiles. “You never know what you may become or how this work will impact you.”