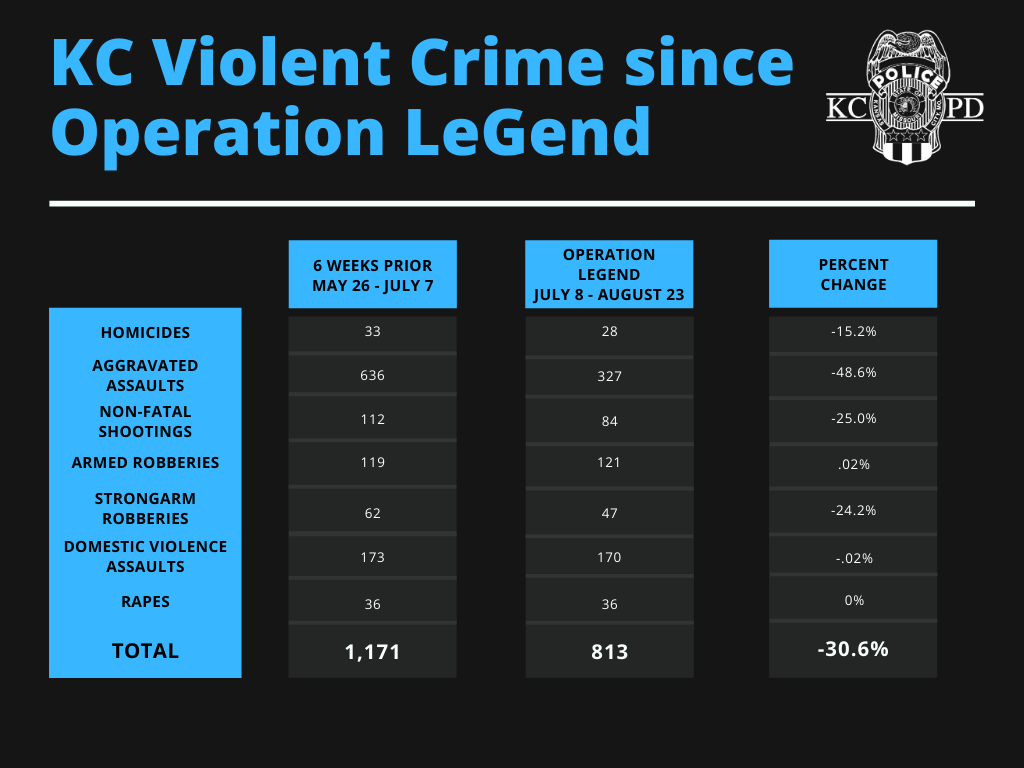 Compared to the six weeks before Operation LeGend, violent crime has decreased by 30%. Aggravated assaults saw the biggest drop with 48%. Of those aggravated assaults, non-fatal shootings fell 25%.

“While we can’t say Operation LeGend is the cause of this decrease, there’s certainly a correlation,” Chief Richard Smith said.

Named after 4-year-old LeGend Taliferro, who was murdered June 29 while he slept in an apartment near 63rd and Paseo, Operation LeGend is a “sustained, systematic and coordinated law enforcement initiative across all federal law enforcement agencies working in conjunction with state and local law enforcement officials to fight the sudden surge of violent crime, beginning in Kansas City, MO.”

About 185 federal agents came to Kansas City from the FBI, U.S. Marshals Service, DEA and ATF to assist Kansas City Police detectives in investigating violent crimes. KCPD already has long-standing relationships with these agencies and works in conjunction with them on a regular basis. Those strong relationships, along with the 40% increase in homicides over last year, led to Kansas City being the first city chosen for Operation LeGend.