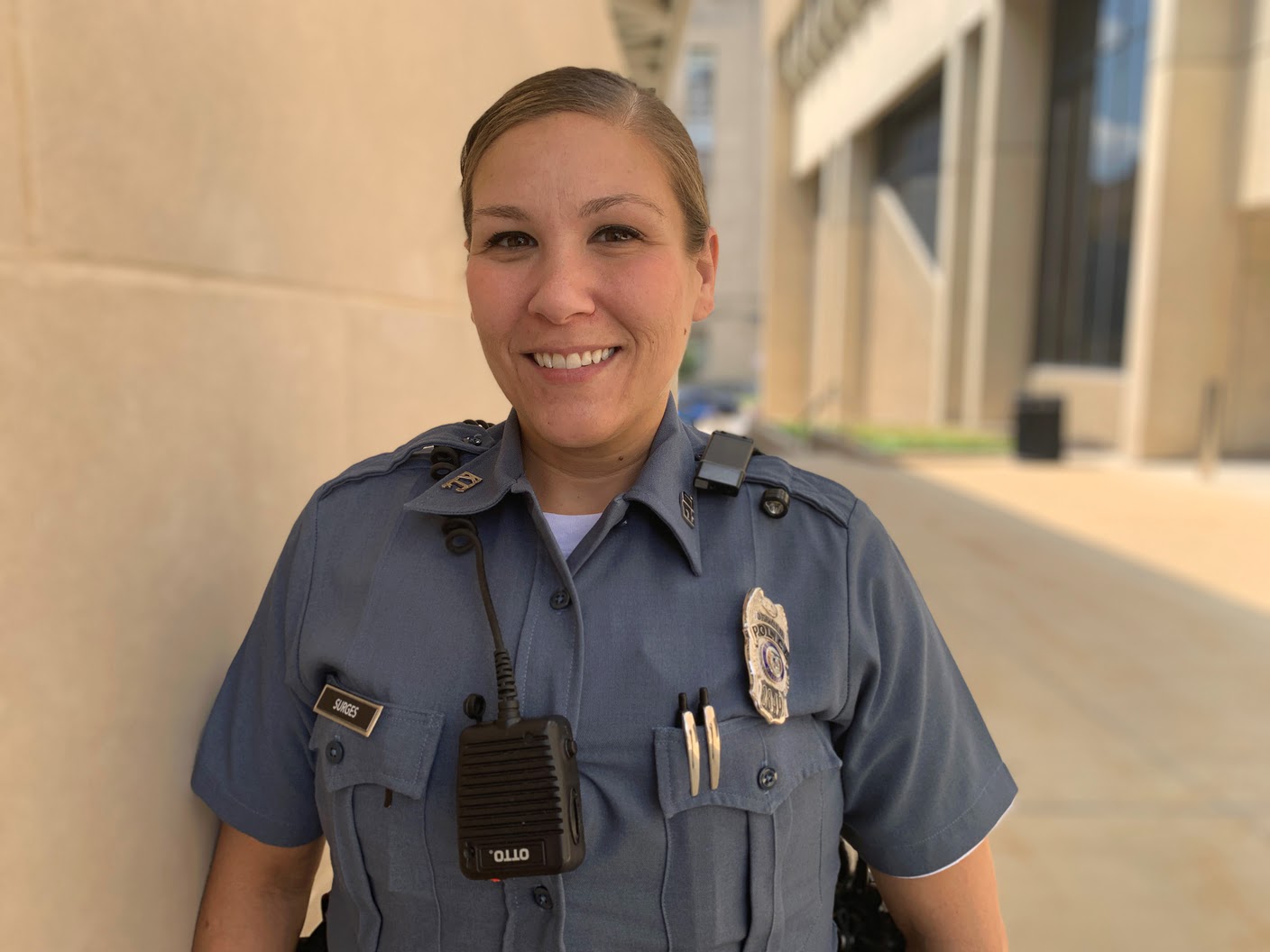 After majoring in criminal justice at the University of Central Missouri, Surges went home to Chicago to become a police officer. But years ago, law enforcement jobs were scarce. So Surges worked for an orthodontist and then as a postal inspector, but she wasn’t fulfilled. Surges wanted to help people improve their lives.

“My mom worked at a high school, and when I was 8 or 9, she took me to Take Your Child To Work Day,” Surges said. “There was an officer there who was so cool and so nice with the kids. Watching him with those kids made me want to be a police officer from a very young age.”

Surges had an officer-friend at KCPD who suggested Surges apply. Surges enjoyed Kansas City, having visited in college. So she moved but decided to become a call taker first in order to learn how to navigate the new city.

Truth be told, she was a call taker longer than expected. A hiring freeze paused any chance to enroll in the police academy. By the time the academy opened up again in September of 2021, there was nationwide criticism of police and calls for reform after the murder of George Floyd in Minnesota.

Surges could have chosen something different other than the badge.

“I never doubted it,” Surges said. “I know the person I am, and I know my intentions to help people and to want to do good. I know the interactions I’m having are genuine. If I can make an impact, that’s what I want to do.”

After graduating from the police academy in March, Surges began at East Patrol Division. She’s now at Metro Patrol Division and enjoying the career she envisioned. Surges says most of her day is spent problem-solving for residents. She’s quick to point out that arresting someone is the last resort. Instead, she and her fellow officers mediate and find resolutions.

There have been times, already, Surges has gone home pondering, “Did that just happen today? Is this real life?” These impactful experiences accompany the responsibility of serving and protecting. It’s a duty she honors. It’s one she recommends for those considering policing.

“It’s going to be tough,” Surges explained. “It’s going to push you to extremes, but that’s a part of it. Go out there and help people. It’s absolutely worth it in the end.”